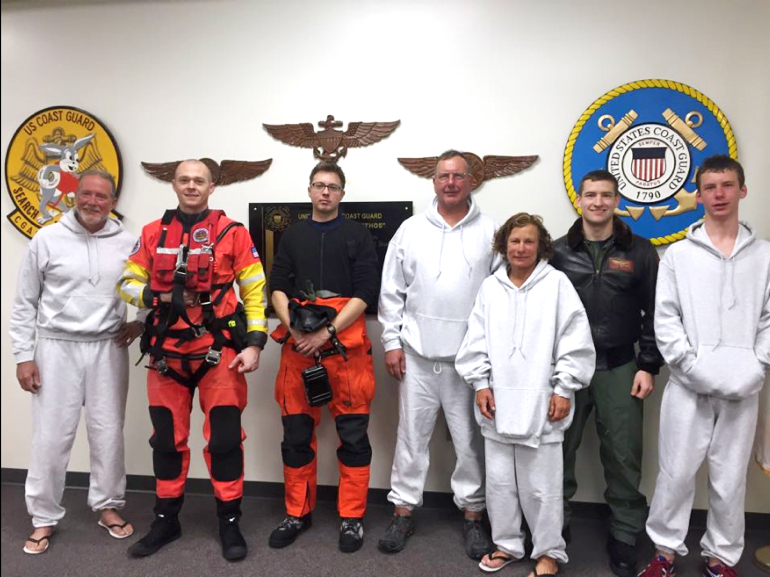 Crew of Four Rescued From Deadly Waves on a Moonless Night

Frank Rawley is an avid sailor and said he always checks the weather prior to setting sail. Although conditions were listed as fair, he and his crew found themselves in bad weather on the second day of their journey from North Carolina to Pensacola. The forecast had been wrong in both directions and the wind grew extremely rapid, making the sails wreathed. It was then that Frank activated the S.O.S. on his SPOT Gen3, alerting GEOS International Emergency Response Coordination Center of his location.

“If the boat had been parallel with the waves, we would have flipped and capsized,” said Frank. “We were breaking offshore in only hundreds of feet of water with wind gusts at 50 miles per hour. We deployed a drogue, but eventually the waves ripped it off.”

Within two hours of S.O.S. activation, both Navy and Coast Guard helicopters had located the damaged vessel. Due to such poor weather conditions, it was not an easy rescue. One, by one, the crew jumped off the boat in life jackets, each carrying a strobe light to assist with visibility. Thanks to the courageous efforts of both the crew and the rescue teams, all four individuals were brought to safety.

According to Frank, “No other piece of emergency gear would have helped us survive our ordeal. Self-rescue is not always possible and getting the professionals on the way is the only option. I will not go offshore or into the wilderness again without a SPOT Gen3.”